I recently attended the Farwest Show in Portland, Oregon, which is one of the leading nursery and greenhouse industry trade shows in the United States.  I really enjoyed the informational seminars on plants diseases, pests in the greenhouse and the great debate over neonicotinoids.  Another one of my favorite stops wqs the New Varieties Showcase which featured the the latest and greatest plants arriving at the nurseries this year and next.  My next few posts will present these new introductions, with photos that I took at the show.

Echibeckia has a progression of shimmering summer colors that is warm and inviting.  A cross between Echinacea and Rudbeckia, this flower has the appearance of both.  It was introduced by Pacific Plug & Liner and is offered by T & L Nursery (my neighbor!)  It’s said to have the appearance and fast growth of Rudbeckia with the hardiness and disease tolerance of Echinacea.  Only time will tell.  Some of the flashy new varieties of echinacea don’t seem to be very hardy in our area.  The flowers are three inches in diameter and can last for 2-3 months.  Wow—I would really like to see that.  Three months is a long time for a sunny summer flower.  They are also said to be self-cleaning, meaning they don’t leave behind an ugly dead flower for months.  What happens to it, I wonder? Does it just whirl away into the stardust? At night when the moon’s gravity pulls it off of the stems, drawing its summer warmth into the cosmos?  Another test for next year.  Bloom season goes from early summer to fall and the plant can grow 2-3 feet tall, making a large clump.  Like its parents, Echibeckia grows best in full sun and is hardy to zone 6 (I find that hard to believe, someone else will have to test that one).  With all the new varieties constantly coming out, what should we do with the old ones?  Throw them in the compost and forget them?  Goodbye purple coneflower?  I think we need to remember our roots, our stems and our familiar flowers.  Let’s keep some of the oldies and goodies.

One thought on “New Variety—Echibeckia” 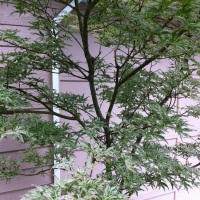 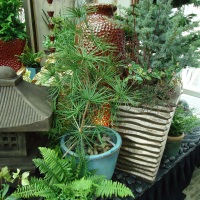