This book put new and different ideas in my mind.  Plants in charge?  Plants bending us to their will?  I hadn’t before thought of this concept; a plant’s eye view of the world.  Now I can never go back to the old way of thinking: that people alone shape our world.   I know that plants are living and growing, but I didn’t understand how closely we have evolved together.  “We are in the web of nature, not standing outside it’ Pollan says.  The concept seems obvious now, thanks to his clear presentation and engaging examples.

He picks four plants in this book and demonstrates how our human desires carry a chain of consequences.  The apple represents our desire for sweetness, and sweetness in nature is rare, he states, only provided by fruit and honey.  This desire for sweetness was the apple tree’s ticket out of the forest.  I appreciate his discussion on monoculture and the genetic uniformity it creates.  Pollan suggests that this uniformity restricts the species natural ability to evolve.  This leads to problems with pests and disease.  Apparent to anyone who has raised apple trees and dealt with these troubles.  I like Pollan’s phrase ‘the genes provide the toolchest’.  The tools needed to survive.

The tulip demonstrates our desire for beauty.  He discusses the ‘tulipmania’ that the Dutch went through several hundred years ago.  At the time, this desire for perfection led to one single bulb being sold for the equivalent of 10-15 million dollars in todays economy.  I found it interesting that one of the most prized tulips were ‘broken tulips’, a variation in color caused by a virus.  I like the idea that in nature trouble (a virus) can create beauty.  Something to remember.

Intoxication is the desire imparted by marijuana, Pollan’s third example.  He maintains that the chemicals in this plant change the texture of consciousness.  I find his idea fascinating that ‘forgetting well is almost as important as remembering’, an important task provided by our brains.  The cultivation of this plant has been altered drastically in the last century.  Marijuana has evolved from growing outdoors to inside, with a faster growing, far more potent plant.  I think, what would happen if people were as vigilant about growing other things?  What else could someone, somewhere change in the plant world, by putting in that much energy and determination?

After reading the section on potatoes and the desire for control I switched over immediately and gratefully to buying only organic potatoes.  I didn’t realize how many chemicals were used in growing potatoes.  Pollan touches again on the dangers of monoculture, giving as an example the great cautionary tale of the Irish potato famine of 1846.  When a viral disease swept through Ireland, there was no genetic diversity to fight it off.  Instead, almost all the potatoes plants were killed, causing widespread starvation and more than a million people dead.  Why grow just one variety?  Because we demand the perfect french fry.  Pollan suggests that Americans will not tolerate short, bumpy or discolored  french fries, but expect the traditional long thin and golden image we know and love. Our desire for control has brought us to this extreme.

These are just a few examples from this insightful and meaningful book.  It’s also available on DVD at the library, but the book is better (aren’t they always?!)  This website from PBS provides another glimpse into The Botany of Desire: http://www.pbs.org/thebotanyofdesire/ After reading this book I like to ponder which plants have changed me?  They certainly have given me the desire to taste of their sweetness, be entranced by their beauty, become intoxicated by their essence and control their outcome in my garden.  I’m glad we’re in this together, the plants and I, because they make me happy.

2 thoughts on “Book Review: The Botany of Desire by Michael Pollan” 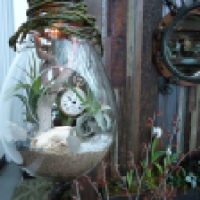 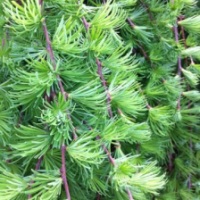 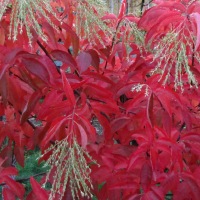 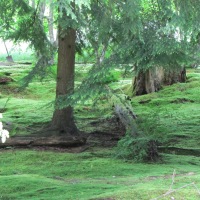 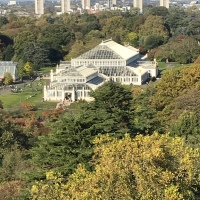 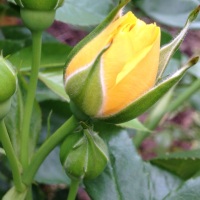