Normally growing aphids is a bad thing, but in respect to our beneficial insect program, it’s a good thing.  At the Environmental Horticulture Program at Lake Washington Institute of Technology we grow and propagate thousands of plants in our greenhouses.  Each year the students put on a huge plant sale that generates money that helps fund the program.  This year we had a serious threat from aphids, which began appearing in November and stayed through the spring.  Working with Alison Kutz from Sound Horticulture, we began a biological control program, using beneficial insects.  We started to bring in good bugs to help us wipe out the bad bugs.

One of the insects that parasitizes aphids is the native wasp Aphidius matricariae.  It seeks out aphids and lays an egg inside them, killing the aphid and producing another generation of wasp.  Each female lays about 100 eggs, but may attack 200-300 aphids in the process.  That’s a lot of destruction from one tiny super-wasp.   The larvae develop entirely inside of the aphid which turn a light brown and remain on the leaf surface.  These aphid shells are referred to as  ‘mummies’.  They aren’t just found in greenhouses, I recently discovered an aphid mummy on my Japanese Maple.  I was happy that nature was helping me keep my plants healthy.

Buying Aphidius frequently, however, can get expensive, so we decided to raise our own.  A true baby wasp nursery in the greenhouse.  It’s called the banker plant system.  We raised a type of aphid that only lives on grasses, so it wouldn’t transfer to our greenhouse crops, and this provided a place for Aphidius to maintain and grow their populations.  More wasps, less aphids…healthier plants.  We had to build an exclusion cage to keep Aphidius out until the aphid populations were strong enough.  We sprouted our wheat plants and left them in the exclusion cage for 2-3 weeks and them placed them on benches around the greenhouse.  It was fascinating to watch the Aphidius we released near these plants.  We could actually see them attacking the aphids, not a good viewing activity for the faint of heart.  This is parasitism at its best.  As our wheat matured we noticed more and more aphid mummies appearing on the plants.  The system appeared to be working!  Our aphid numbers did get too high at times and we still had to spray with insecticidal soap.  Next year we will start our wheat earlier and get a strong population ofAphidius ready to engage in battle. 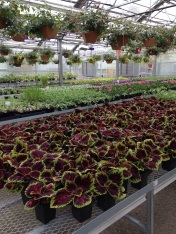 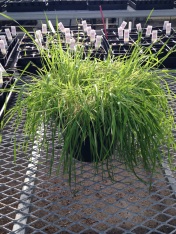 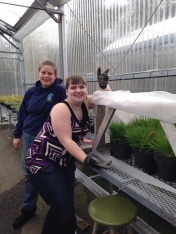 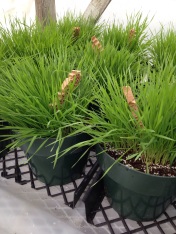 Introducing aphids to the wheat grass 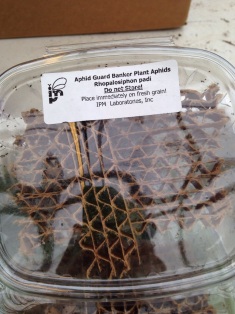 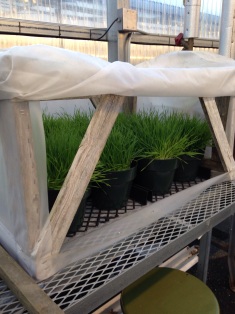 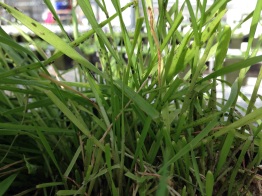 Following is a video of an Aphidius release as they search out aphids on the banker plants.

One thought on “Banker Plants and Aphid Mummies” 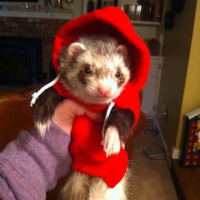 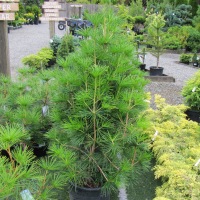 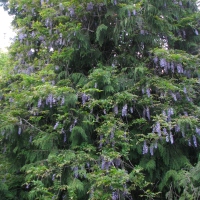 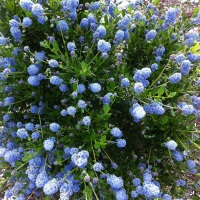 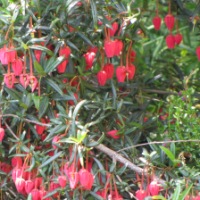 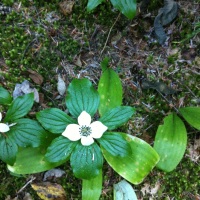